Travel Tips for Your First Trip to Thailand

The thought of a holiday in Thailand seems a great idea, but before you adventure, let's discover some things that will help you get a wonderful holiday! We all know more or less that Thailand is a complex country, cosmopolitan in some areas but conservative also by its traditions and ancient customs. Besides the majestic temples and the fascinating variety of cultural and culinary experiences, Thailand is distinguished from the other countries in Southeast Asia, because it was never colonized, not having civil wars, racial or other types. For which, this remarkable achievement is called Thailand or Prathet Thai, meaning 'the land of the free people'.

When you come to Thailand

Most tourists visit Thailand from December to February, when is not much rain and temperatures are up to 32 degrees Celsius, being the dry season and somehow cooler. Quite problematic is that there is hardly to find accommodation and if you find it, prices are high, considering is full tourist season, when it is all crowded.

Another good time to travel is during the rainy season, which is between June and October. The problem is that rains daily, but if you love the rain and want to visit this wonderful country with no queues to stand in, then it's the ideal time. I mention that during this period everything comes to life and flourishes, but the accommodation prices remain high, of course being optimal choices for every budget.

How to get to Thailand

All travelers must have a passport valid until at least 6 months from the date of entry into the country. Most European countries and the United States and other states receive a residence permit valid for 30 days. For a longer stay - visa must be obtained before departure, from Thai embassy or the consulate in their country.

Bangkok is the largest airport in Southeast Asia and is served by about 100 airlines worldwide. In Bangkok there are two airports: Suvarnabhumi (su-wanna-poom), located 30 km SE of central Bangkok, where most international and domestic flights are landing. The second, Don Muang, is located 25 km north of town, is the oldest airport where only domestic flights are landing. To reach the center of Bangkok, you may choose between taxis, express lines or public buses, the latter being the cheapest, about $ 2 ticket.

Things you need to know before arriving in Thailand

The official currency is the THAI Baht, fluctuating between 36 and 42 baht per dollar. (Informative rate 1 EUR = 40 THB, 1 USD = 30 THB). The currency most used is the 1 baht, and the 5 and 10 baht. Banknotes are of different colors and sizes and start from 10 baht, ending with 1000 baht. Pay attention as some coins or banknotes are not written in English too, so you can get confused! Note that if the size of the banknote or coin is bigger, the value is higher.

Thailand has one time zone, being 7 hours ahead of Greenwich Mean Time (GMT + 7), using the 24-hour military clock.

Thailand is one of the most powerful Buddhist countries in the world. The national religion is Buddhism Theravada, a branch of Hinayana Buddhism, practiced by more than 90% of Thai.

English is a language understood by the majority, especially in cosmopolitan Bangkok.

The electrical system - 220 V, according to European standards.

What's important to try/know while traveling in Thailand

Buy Thai silk , which is original and of an exceptional quality.

Try Thai massage in one of their spas.

Usually in small shops have to negotiate the price to get discounts up to 40%.

Be careful when you buy a product either from a local store or a shopping center, because this will not be replaced and also you will not get your money back, even if it's defect! These are their stricter rules. In stores take your goodbye to the receipt, you will not get it unless you ask, and maybe not even then.

Do not let yourself accompanied by various individuals that will take you to the stores with discounts. They are paid to brig customers in different stores or can even be dangerous, being robbers.

Don’t accept the so called 'gifts' from people on the street or from tuk-tuk drivers. Usually they do this to attract you to the fake stones sellers. Regarding fakes, you’ll see them in Thailand, on some stalls in markets.

In Thailand it is good to follow some customs, not to seem rude or disrespectful. One of them, extremely important is the outfit issue when visiting temples, museums or public institutions. It is considered a total lack of respect to have bare shoulders and knees. Certainly nobody will do anything to you, but definitely the locals look will not be so friendly, so will be nice to avoid that, respecting to follow a simple rule of this country, with is also found in many others too. When visiting the Royal Palace are prohibited wearing shorts, short skirts or low-cut dresses. It is also forbidden to enter with shoes on Buddhist temples or their homes. Also, filming is prohibited in the Emerald Buddha Temple or in the Royal Palace. Pay attention to excesses of too much love, like showing too much affection in public places or to have an excess of anger ... Thais do not like these actions and certainly will ignore them altogether.

In Thailand, the head is considered the most sacred part of the body, so do not be tempted to caress the head of a Thai, because this gesture is taken as an offense. Be careful when you sit at the table or elsewhere and not stretch your feet to someone’s, because is again taken as a behavior that shows a lack of respect. Touching the statues is completely prohibited or any object that represents the Buddha.

Some of the fascinating places you can visit

Bangkok – called also ‘ Venice of the Orient’ , it’s a city of contrasts, with its imposing statues of Buddha, Wimamnek Castle, houses built on stilts, buildings and temples with gold and silver decorations, luxurious buildings and multiple and varied opportunities to do shopping.

Hua Hin, situated about 200 km from Bangkok to the south, is known as an aristocratic resort, with its royal palaces, summer residences, luxury hotels and white sand beaches.

Pattaya is Thailand's most popular resort on the Gulf of Siam, 150 km of Bangkok. The sandy beaches, comfortable hotels, water sports, endless possibilities for leisure and thrilling nightlife, ranks Pattaya among the most beautiful and active resorts of the world.

Phuket is one of the most loved and appreciated island in Thailand, 1 hour flight from Bangkok, located in the Andaman Sea. The most famous beaches in Phuket are Patong, Karon, Kata, having sandy beaches, rich flora and fauna, emanating an exotic ambience.

From Phuket Island, you can reach by boat, Phi Phi, a dream place to relax, with high cliffs, mountains of interesting shapes and crystalline water.

A Day Trip To Ayer, Switzerland 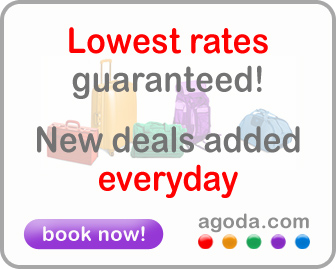